This app adds support for Z-wave devices made by Logic Home Control. 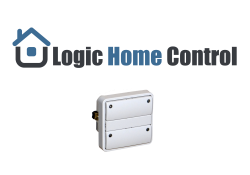 ZHC5010 is a new Z-Wave wall switch module with four buttons, four LEDs and contains one relay output for controlling a local load. The insert is designed to fit in to a standard LK FUGA® wall mount box (size one-module). When ZHC5010 is included, a root device and 4 sub-devices (one for each button) are created. The root device has triggers for Central Scene notifications from all the buttons.
Triggers (Central Scene):
Actions:
Note: For status updates being correctly updated, a manual action is required:

Any requests please post them in the Logic Home Control app topic on the Athom Forum or contact me on Slack
If possible, please report issues and feature requests at the issues section on Github otherwise in the above mentioned topic.

If you like the app, consider a donation to support further development

«12»
This discussion has been closed.