This forum is now read-only for archive purposes.
Flows

GeurtDijker Member
August 2016 edited April 2018 in Ideas & Suggestions
I want to contribute and document the nice Advanced Geeky options I used automating my SunScreen in a way that  (I hope) my Girlfriend Accepts ....

Prerequisites/ What I have:

The last one makes it the most complex.... I already was happy with less flows ;-) 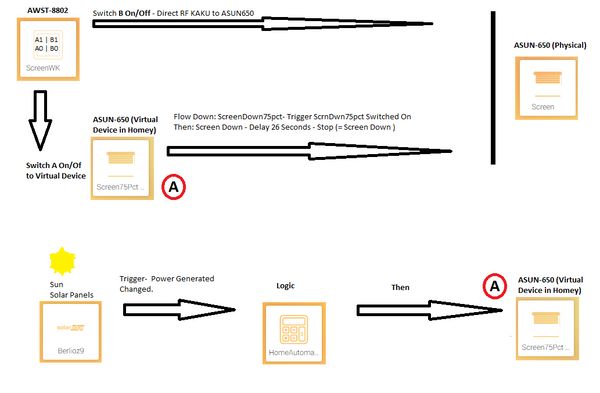 I Created the Following Flows:
Only the complex flows have Screenshots 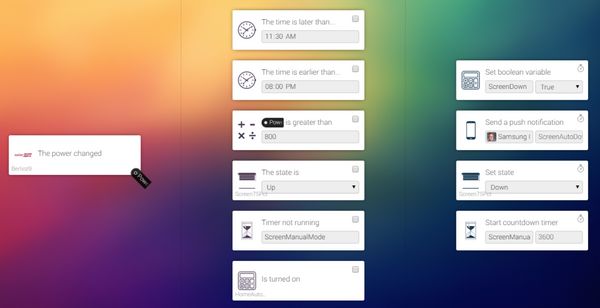 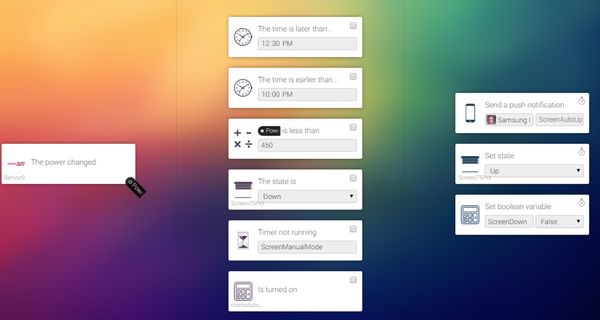 the Same as UP now for Down

Especially the use of a virtual intermediate KAKU device makes it possible to switch the Screen between up and 75% with a singel button and the countdown timer will disable the Automatic flows for 1400 seconds = 4 hours increasing the WAF. The same countdown timer prevents the screen going up within an hour after going down.
The BetterLogic BitFlip Device HomeAutomation make it possible to turn all automation off

Still a couple of risks (having an angry GF when I come home. )