DIYglenn Member
December 2017 in Questions & Help
Hi!
I'm testing a setup with a Fibaro Motion Sensor and Dimmer 2 in the hallway.

Problem 1:
The idea is that at the evening, the lights will dim down to maybe 10%, but they will dim up to 40% when movement is detected, and after a certain time (1 minute) dim back to 10%. 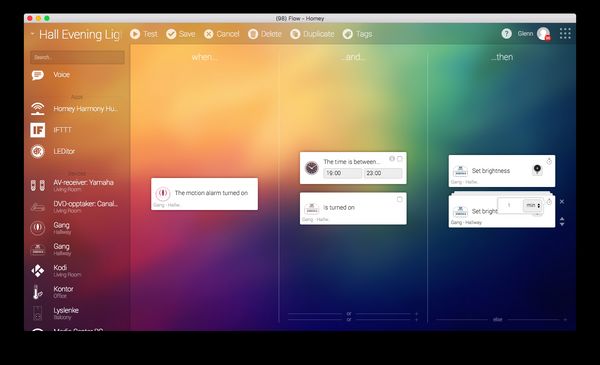 My question now is; How can I "extend" the 1 minute time whenever there is movement? It seems like it stops working for a few minutes after turning off, even though there's movement in the hallway.

I'd like it to always, instantly turn on the lights in the hallway, and if they are on, extend the "dim down" time to one minute as long as there is movement.
If there is 5 seconds left, and there is movement, go back up to 1 minute.

Problem 2:
At night I want to use it as a night lamp, so when you walk into the hallway, it will dim to 1%. The problem is that the LED's can't turn on properly at such a low brightness, only one out of four bulbs lights up. So I creates a flow which starts at 3%, and over 2 seconds dims to 1%. This is fine. It then turns off after 2 minutes. 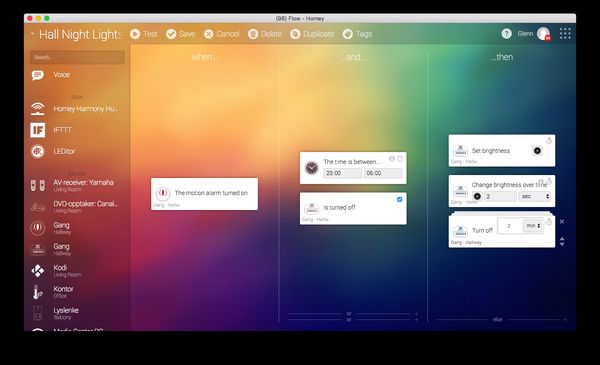 But as with "Problem 1" I want to extend that "off" signal if there is still any movement detected, I want it to go back up to two minutes.

Problem 3:
After being up at night, the last brightness (which Dimmer 2 remembers) was 1%, so when I manually click the light switch, I get the same issue as described in "Problem 2", they won't all power on.